Federal Judge for the Federal Court of Justice in Germany

Judge Hoffmann was a member of the Expert Group of European Commission on licensing and valuation of Standard Essential Patents. In this group he contributed several proposals to the report and was especially focused on establishing licensing mechanisms for SEP, the judicial handling of such parents and patents valuation. He continued by providing further support to the legislative processes as an expert to the Legal Committee of the German Parliament with regard to the introduction of a proportionality test for injunctive relief in the German Patent Act.

He studied law at the Johann-Wolfgang-Goethe University in Frankfurt am Main, where he is now a lecturer teaching patent law. 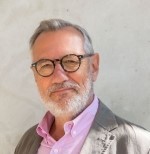 Christian Loyau graduated from the University of Paris in business, corporate and IP law.

After 5 years practicing in law firm in Denmark and France, Christian joined Digital Equipment Corporation, and Cap Gemini in France.

He served for 12 years as Legal Director for International Affairs for the French telecommunication company Matra Communication and was involved in the IPR group of ETSI from 1993 to 1996. He then served as General Counsel and Secretary of the Board of the French IT quoted company Bull for 14 years. 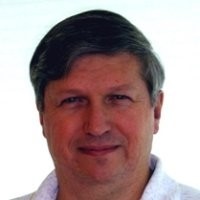 He participated in the World Wide Web Consortium (W3C) Patent Policy Working Group in the formation of the current W3C patent policy. In addition‚ Earl has been a consultant to several international standards development organizations including the Audio Video Coding Standard Workgroup of China (AVS) and the China Electronics Standardization Institute (CESI). 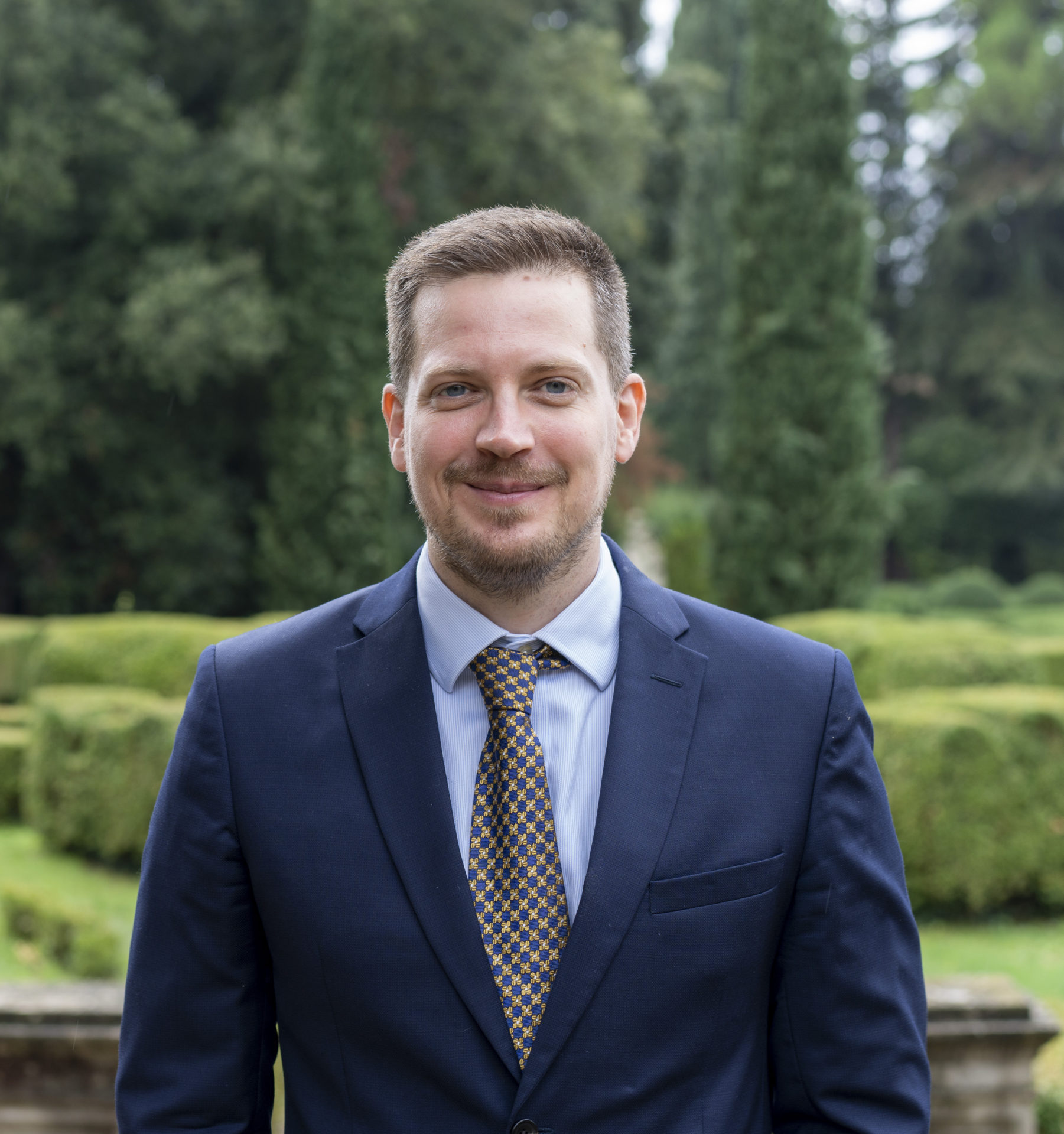 Dr Igor Nikolic is a Research Fellow at European University Institute, Florence and a Senior Fellow at University College London Centre for Law, Economics & Society. He specialises and writes on IP and competition law, standard essential patents (SEPs), innovation and the digital economy.

He is the author of a comprehensive book entitled Licensing Standard Essential Patents: FRAND and the Internet of Things which was published in late 2021 by Hart Publishing. He is frequently published in academic journals on various issues concerning SEP licensing, the meaning of FRAND commitment, the remedies for the infringement of SEPs, patent pools, and SEP licensing framework in the IoT ecosystem.

U.S. District Judge for the Southern District of California

Before joining the bench, Judge Bencivengo was a partner with the law firm of DLA Piper LLP (formerly Gray, Cary), where she specialized in intellectual property litigation and was National Co-Chair of the firm’s Patent Litigation Practice Group. As a patent litigator, Judge Bencivengo represented both plaintiffs and defendants in a variety of technologies, including computer hardware and software, chemistry, immunology, semiconductor chip manufacturing, medical devices and consumer products. She was also the lead trademark and copyright litigation counsel for Dr. Seuss Enterprises, LLP.

Judge Bencivengo is a Master in the J. Clifford Wallace Chapter and the Louis M. Welsh Chapter of the American Inns of Court. She just completed her term as Chair of the Ninth Circuit Education Committee. She is currently serving as the Secretary/Treasurer of the Ninth Circuit District Judges Association and as a Judicial Advisor for the San Diego Chapter of the Federal Bar Association and the Sedona Conference. 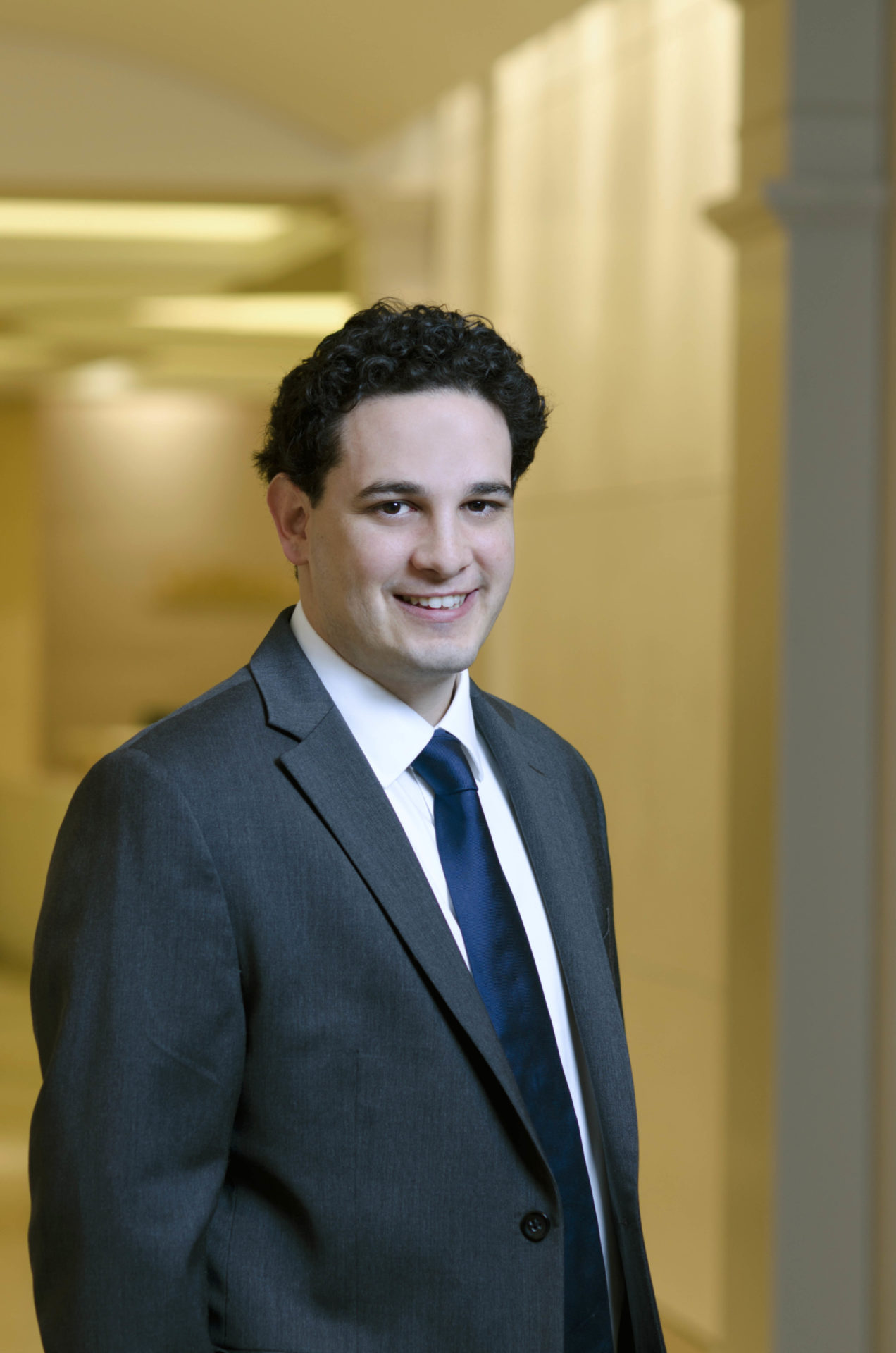 Warren has experience on a wide range of FRAND issues. He has represented clients in breach of contract claims relating to F/RAND commitments, requests for anti-suit injunctions (and anti-anti-suit injunctions), claims that essential patents were unenforceable due to alleged late disclosure, and allegations of anticompetitive behavior premised on FRAND violations. He has litigated these issues in federal court and the International Trade Commission. 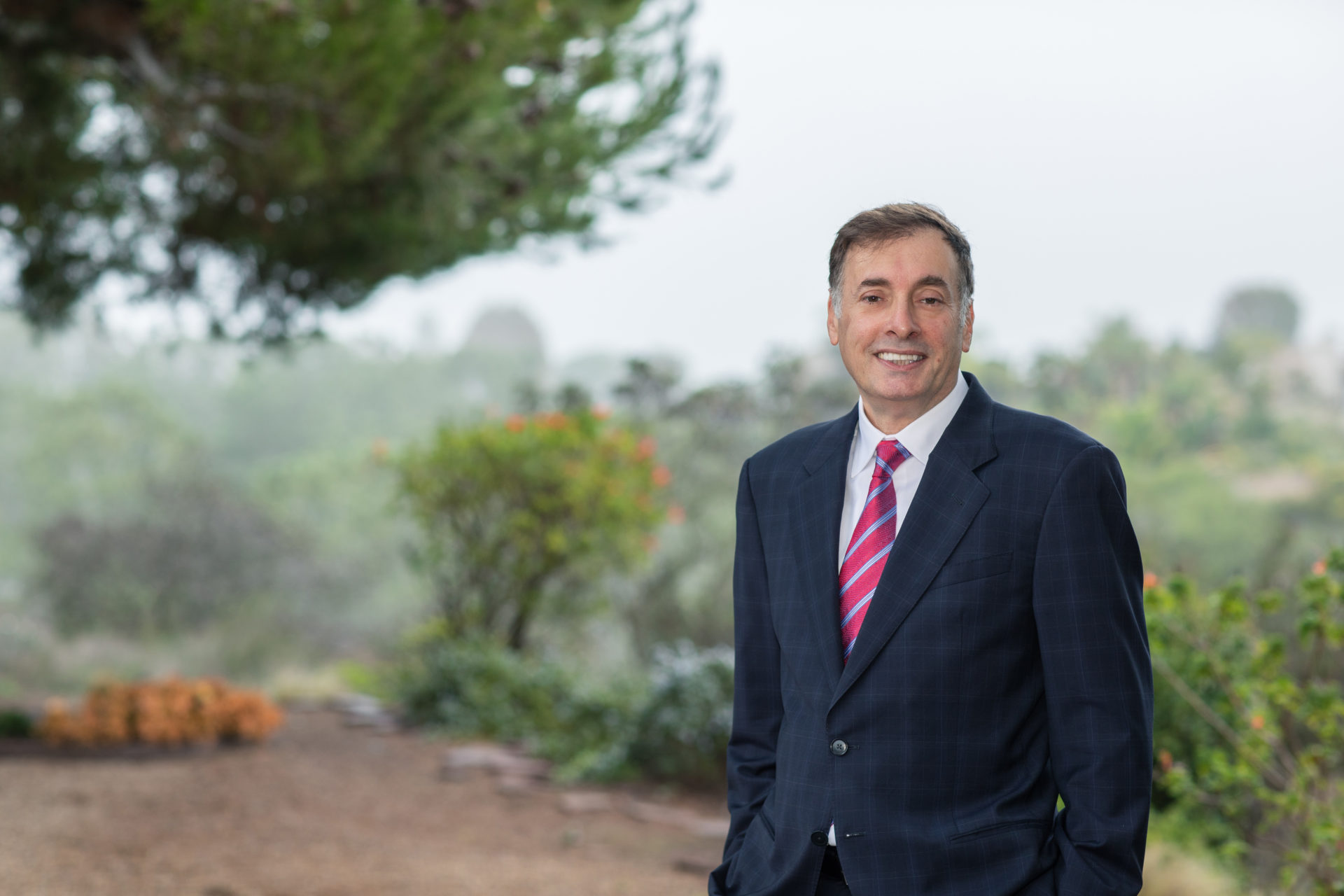 Over the course of his twenty-nine year legal career, Thane gained substantial experience with standard essential patents, including on behalf of global companies such as Sony, Boeing, and MediaTek.

Thane received his LL.M. with highest honors from The George Washington University Law School, was a Centennial Scholar at the Chicago-Kent College of Law where he received his J.D. degree, and obtained his engineering degree with highest honors from the Illinois Institute of Technology. Thane participated in post-graduate studies at Max Planck Institute in Munich. His research was published in the Creighton University Law Review. Subsequently, he served as a law clerk to the Honorable Wilson A. Cowen, U.S. Court of Appeals for the Federal Circuit. In 2022, he will be published by the Texas A&M University Journal of Property Law concerning patent definiteness in the Fourth Industrial Revolution. 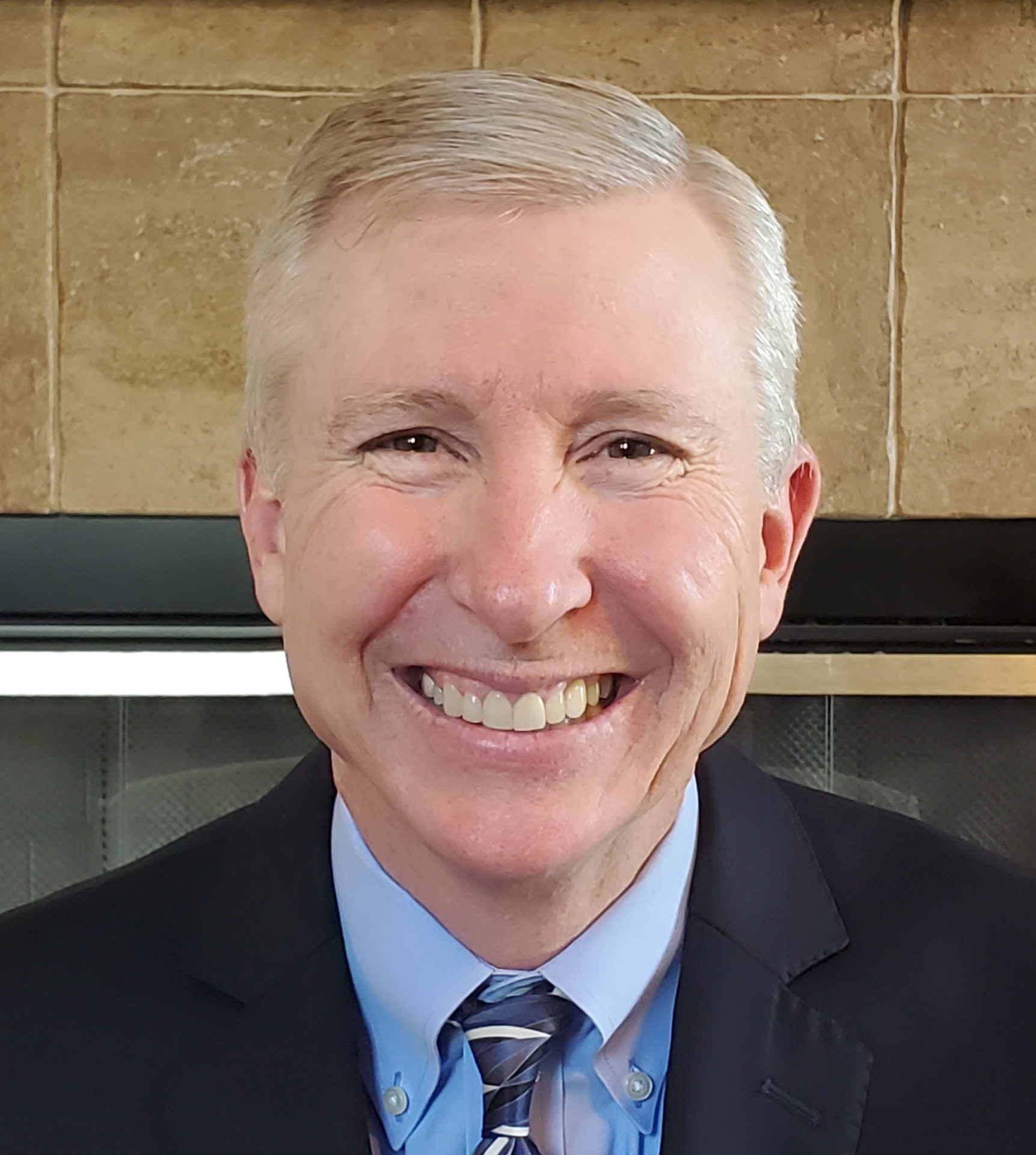 Kurt Kjelland is a Vice President, Legal Counsel at Qualcomm Incorporated. Kurt represents the company in antitrust, patent, and licensing matters, including investigations and litigation.

Kurt led the inside/outside counsel team that obtained a full victory in a seminal antitrust case involving standard essential patents, FTC v. Qualcomm, 969 F.3d 974 (9th Cir. 2020).   He also managed an antitrust investigation and litigation with Taiwan Federal Trade Commission, including first of its kind settlement after it had issued a written decision.

He is a co-author of a book chapter “FRAND Licensing of Standard-Essential Patents” in Patents and Standards, first published in 2018, and has spoken extensively on on FRAND, SEPs, patent damages, and the interface between patent and antitrust law.

U.S. District Judge for the Central District of California

Judge Selna was appointed to the United States District Court for the Central District of California in 2003. Prior to his appointment, he served on the California Superior Court for the County of Orange for fours years. Before taking the Bench, he was in private practice for twenty-eight years, and handled complex civil litigations.

He received his undergraduate and legal education at Stanford University.  Judge Selna is a member of the Central District’s Patent Pilot Program.

His scholarly research on patents and standards has been published in leading academic journals, including Research Policy, Antitrust Law Journal, Journal of Economics and Management Strategy, and the International Journal of Industrial Organization. In addition to his academic research, he frequently contributes to policy analyses on topics related to standardization.

Taraneh Maghamé is an IP business leader recognized for her expertise in strategic IP licensing, government relations, and patent policy issues. She is currently Vice President of Via Licensing where she is responsible for the company’s multi-party licensing programs for wireless and cellular technologies, including the LTE/LTE-Advanced and W-CDMA patent pools. She also represents Via before regulatory, industry and policy-setting organizations around the globe, and has participated in the European Commission Group of Experts on Licensing and Valuation of Standard Essential Patents.

Before joining Via in January 2017, Ms. Maghamé served as Senior Counsel in Apple’s IP and Licensing group, focusing on patent licensing strategy and standards. Her role included representing Apple in global standards-related organizations, including ETSI and ITU. Prior to Apple, she served as Acting General Counsel and Vice President for M&A, Patent Policy and Government Relations at Tessera Technologies in San Jose, California. She also helped found the Innovation Alliance, an organization representing patent holder’s interests before Congress. She has testified before the Senate Committee on the Judiciary and the Federal Trade Commission on patent-related issues. Ms. Maghamé started her career in global law firms where she specialized in IP licensing, counseling, and litigation.

Ms. Maghamé has held leadership roles in professional organizations such as the Association of Corporation Counsel, Intellectual Property Owners Association and California Women Lawyers. She frequently gives presentations to business and legal professionals concerning intellectual property. She is a graduate of Georgetown University Law Center and is admitted to practice in California, Washington State and before the U.S. Patent and Trademark Office. 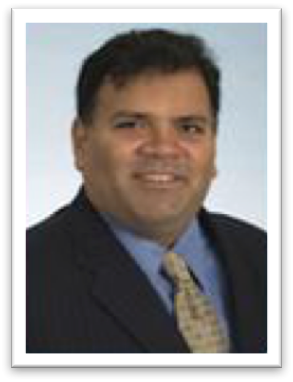 Owais Siddiqui is Executive Patent Litigation Director at HTC America, Inc. He manages patent litigation and works on patent licensing and acquisition matters. Before joining HTC, Owais worked at large global law firms, where he focused on litigation for both large and small companies.

He has litigated patents in numerous technologies, including semiconductor manufacturing and design, user interface design, communications protocols, and speech coding.  He has over fifteen years of litigation experience, including seven years managing patent litigation and directing litigation strategy and eight years of hands-on litigation work.  He has spoken at conferences in the United States and Taiwan.

Over the course of her career, Marianne gained a unique in-house perspective on IP-related business practices within the wireless ecosystem. She has shared her insights with peers by giving presentations at legal conferences, including addressing the commercial ramifications associated with the refusal to license standard essential patents.

Marianne is on the “GC Powerlist” of the Legal 500. She was also elected to the Board of the Norwegian Company Lawyers Association (NCLA). She has been involved in their mentoring programs aimed at helping women advance in business and technology-related careers.

Marianne graduated from the University of Oslo School of Law and the University of North Dakota. Prior to joining Nordic Semiconductor, Marianne worked for Huawei Technologies and Nexans Norway AS where she focused on legal issues associated with technology-related commercial transactions.

Sang-Seung Yi is a Professor at the Department of Economics, Seoul National University. Professor Yi received his Ph. D. from Harvard University in 1992. He taught at Dartmouth College from 1992 to 1998 before returning to Korea. Professor Yi is the first recipient of the Kim Taesung Memorial Prize in 1998, awarded annually by the Korean Econometric Society to a Korean economist under 40 for academic excellence. In 1984, while a junior at SNU, he was the youngest successful contestant in the Higher Senior Civil Service Examination. Instead of joining the government when he graduated Summa Cum Laude from SNU, Yi pursued his academic interests in economics.

Professor Yi’s current research focuses on the economic analysis of competition law, with particular interest in the interface between antitrust and intellectual property laws (e.g., standard setting and FRAND commitments). He has authored numerous papers (including a publication in Competition Policy International) and consulted on key antitrust cases in Korea since early 2000’s when the KFTC began enforcing competition law in earnest, including abuse of dominance (such as tying, refusal to deal and loyalty rebates), mergers, and damages estimation from collusion. In recognition of his contribution to the development of antitrust policy in Korea, the Korean government awarded him the Hongjo Order of Merit in 2017.